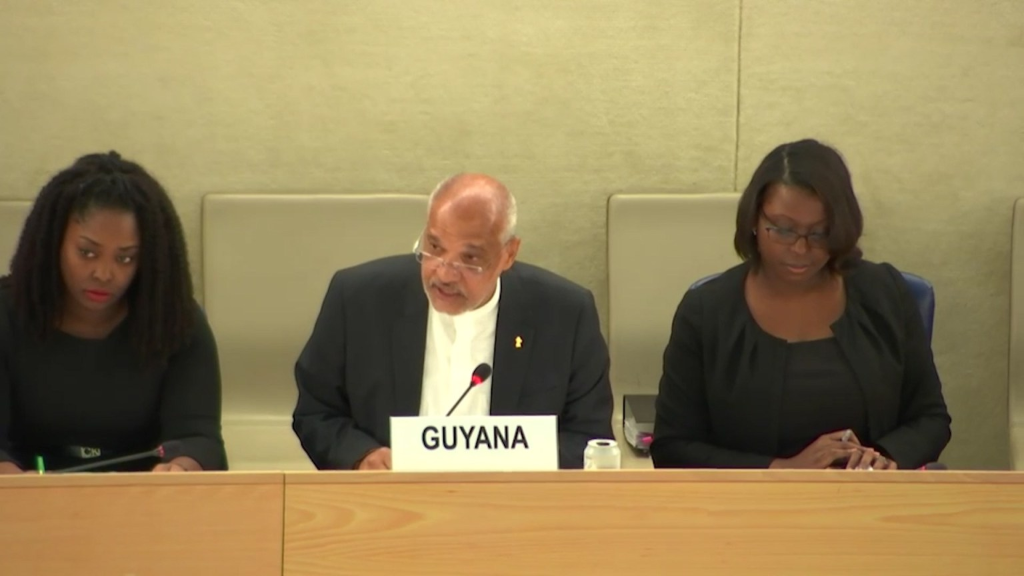 The United States has recommended that Guyana strengthens its electoral procedures to ensure the March 2 Regional and General Elections are free and fair.

The recommendation came from US Representative Sean Mariano Garcia during Guyana’s human rights review at the 35th Session of Universal Periodic Review at the United Nations in Geneva, Switzerland.

“The United States is concerned about recent actions by Guyana that may undermine democratic principles, including apparent misapplication of the Guyanese constitution, and certain court rulings,” Mariano Garcia stated.

Guyanese President David Granger has been repeatedly criticized by US, UK and European Union officials after he failed to call elections following the passage of a no-confidence motion against him on December 21, 2018.

Elections were constitutionally due, three months after Parliament was dissolved but the Government challenged the motion in the courts claiming that the 33 votes the opposition received in the 65 member National Assembly did not constitute a majority.

In response, Guyana’s Permanent Representative to the United Nations in Geneva, said: “The Elections Commission of Guyana is a constitutional body and is independent from the state and committed to delivering as indicated free, fair, transparent and credible elections on March 2, 2020.”