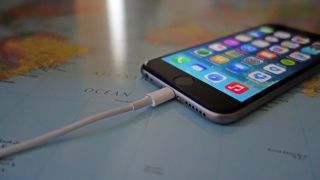 The €25 million ($27 million) punishment was issued by France’s competition and fraud watchdog DGCCRF, which found Apple did not warn users that updating the latest firmware would slow down their smartphones.

Apple admitted in December 2017 that it did slow down old iPhone devices, though the company claimed that it was done to prolong their lifespan.

In its response, Apple refuted the popular online conspiracy theory that it slowed the phones to force people to upgrade.

The company said that the lithium-ion batteries in iPhones are prone to supplying less power in peak current demand in some devices, once they age. This could result in frequent shutting down of phones. Hence, to control this battery issue, the company released the software update for the older devices like the iPhone 6, iPhone 6s, iPhone 7 and iPhone SE.

The regulators found that the company has not informed the consumers ‘that installing iOS updates (10.2.1 and 11.2) could slow down their devices”.

Apple has agreed to the pay the fine levied by the Directorate-General for Competition, Consumption and the Suppression of Fraud (DGCCRF) and will also have to publish a press release on its French site for one month.

The Halt Planned Obsolescence (HOP) association which had requested the prosecutors to open this inquiry, is now planning to file claims for additional damages on behalf of the iPhone users.